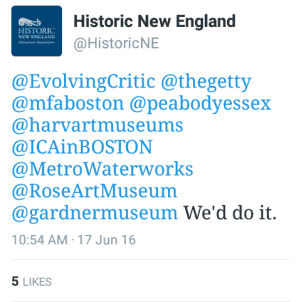 If you were one of the thousands of people who indulged in Quentin Tarantino’s The Hateful Eight at the Somerville Theatre, you’re in for another treat. The beloved Davis Square institution will host its first-ever festival of 70mm and widescreen 35mm films on September 16th through the 25th

Why is 70mm such a big deal, you ask? The format is twice the size of 35mm film and allows for an image that is higher in resolution with crisper details and much, much brighter colors. It’s extremely expensive to make films in 70mm format and not every theatre in the country is outfitted to play them. The Somerville Theatre just happens to be one of the last remaining theaters in the country where 70mm film rules.

Among the films to be screened in 70mm include Lawrence of Arabia, the 1982 film Tron, Christopher Nolan’s Interstellar as well as the 1968 stunner, 2001: A Space Odyssey. Some of the 35mm widescreen films on the list include The Ten Commandments and Ben-Hur. The festival is packed with gems that ought to be seen in their original 70mm release format, but if you only have time to see one film, make it Walt Disney’s 1959 animated classic Sleeping Beauty—this is one of the rarest opportunities you’ll get to see this film in at its colorful glory.

For more information or a complete listing of films, visit somervilletheatre.com

The Boston Cyberarts—the Boston arts nonprofit at the forefront of promoting and exhibiting cutting-edge works in new and experimental media, has outdone itself once again by presenting a new round of works made by women working in collaboration with other women artists in the Greater Boston area.

Art on the Marquee,” is considered the largest and most dynamic digital display for public media art in Boston and has been instrumental in encouraging the making of work in new media by local and internationally known artists. Now in its 18th round, Art on the Marquee has shown both emerging and established artists like Catherine Siller, Tamika Reid, Corey Corcoran, Fish McGill and Aldo Tambellini among many others. 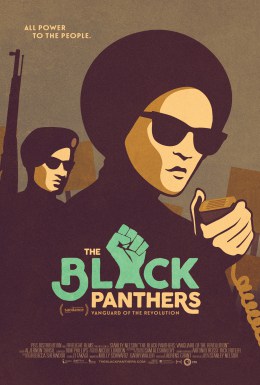 On Thursday April 7th—as part of their Bright Lights Film Series—Emerson College screened Emmy Award winner and MacArthur “genius” Fellow, Stanley Nelson’s latest film, The Black Panthers: Vanguard of the Revolution. Nelson’s documentary is the first feature length film “to explore the Black Panther Party, its significance to the broader American culture, its cultural and political awakening for black people, and the painful lessons wrought when a movement derails.”

The screening was followed by a Q&A with Nelson moderated by Emerson College professor Cara Moyer-Duncan. Professor Moyer-Duncan opened the Q&A session by framing all of Nelson’s films in context to their subject matter and asking Nelson about his experience as a filmmaker, specifically about where his interest in making films came from.  “I took a class in filmmaking in college and I liked it and stuck with it. But it wasn’t like I went out there on a mission to tell these stories, it just kind of happened. For me, one thing that I learned is that it can take a long time to make a film. It took me seven years to make my first film and the film was successful and it aired nationally on PBS. It took me seven years to make the next one and it took me seven years to make the film that you just saw [The Black Panthers: Vanguard of the Revolution] and I feel I should be making films about things that are important to me,” Nelson responded.

Stanley Nelson in conversation with Cara Moyer-Duncan. Photo by the author.

Speaking directly to the filmmaking students in the audience, Nelson said that as filmmakers they should make films about subjects that are important to them just as he has been doing, be it shoe laces, their sneakers or anything that matters to them.

The film The Black Panthers: Vanguard of the Revolution explores in depth the rise and fall of the Black Panther Party, from its founding in 1966 in a time of tremendous political turmoil to the Party’s social programs—many of which were in fact the first social programs of their kind in the nation and which were all soon adopted in one form or another, by the government.

One of the first questions of the night came from a student who wanted to know the specifics of Nelson’s research as it pertained to what was included in the film. The student claimed Nelson left out many of the Party’s social programs to which Nelson responded by saying that his intention was not to leave out anything. “You can’t include everything in a film. There’s a section in the film where Elaine Brown and I forget who else talk about the fact that the Black Panthers did not believe in capitalism. One of the things you have to understand is that it is very hard to talk about socialism in a film, because for most people, you have to define what socialism is and it’s a lot of work. That’s a whole different film. This is a film that is two hours long, so there’s a lot that was left out. One of the challenges of a filmmaker is to try to figure out what you can put in and what you can leave out.”

Using archival footage and interviews, the film highlights the role of the Federal Bureau of Investigation which was then spearheaded by J. Edgar Hoover and its program COINTRELPRO (COunter INTELligence PROgram). This program targeted not only Black Panther Party members, but also at other minority organizations by surveilling, infiltrating, discrediting and any disrupting any political movements using overt racist and illegal tactics. The program landed many of those involved with the Black Panther Party in jail for simply existing and exercising their right to freedom of speech, assembly and petition. Stanley Nelson spoke of the current movement to free those members of the Black Panther Party that remain incarcerated and added that there are currently around sixteen or seventeen Panthers still in jail.

In the works years before the current Black Lives Matter movement, The Black Panthers: Vanguard of the Revolution has served as a tool for activists to continue doing the work they’re doing. “The Panthers can serve as an inspiration, they’re not a model. Nobody is saying that do what the Panthers did and go back to that time, but they can be an inspiration—I hope—for young people, and young people can understand that you can make change. I have great confidence in young people. We’ve seen things change, the attitudes of young people” said Nelson.

On taking a serious subject such as the Black Panther Party and injecting bits of humor into his films, Stanley Nelson said that much of the subject matter in his films are too serious and that he wants to make films that are accessible to as many people as possible, “but again, you don’t want to lose the heart and soul [of the film],” said Nelson, adding that humor in his films serve as both to open people up as well as a kind of release in the seriousness of the subjects he engages with. “This is an entertainment too, if you don’t want to watch it, then it doesn’t matter how much information you have in there,” Nelson emphasized.

One of the most delightfully surprising aspects of the films was how much emphasis is placed on the role of women in the Black Panther Party and the Panthers’ views on black masculinity and gender roles.  “We wanted to have women throughout the film. We wanted you to see that it wasn’t just pictures of men standing around looking militant, but that there were women in the pictures—in the front and in the background. We wanted that to be central,” said Stanley Nelson on this aspect of the film. “I didn’t know that women were over fifty-percent of the party. I did not know that,” concluded Nelson.

The lively evening ended with Stanley Nelson speaking about his next project, a film on historic black colleges and universities and how the black middle class was created through these schools. Stanley is exploring among many things, the role historic black colleges and universities continue to play in American society. “It’s a very difficult film. It’s very different from this film [The Black Panthers: Vanguard of the Revolution]. They’re all difficult, but we’re right in the middle of it.”

Stanley Nelson was awarded a MacArthur Fellowship in 2002 and the National Humanities Medal by President Obama in August 2014. His films include Freedom Summer, Freedom Riders, Jonestown: The Life and Death of the People’s Temple and The Murder of Emmett Till.