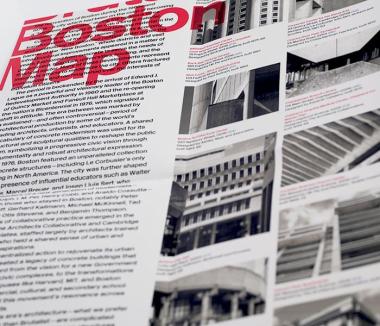 The Brutalist Boston Map everyone has been waiting for, is finally here. And by “everyone,” I mean those with even the slightest interest in the concrete architecture of the sixties and seventies in Boston.

Written and edited by Mark Pasnik, Chris Grimley and Michael Kubo—the authors behind Heroic: Concrete Architecture and the New Boston, the critically acclaimed monograph that historicizes Boston City Hall and many of the buildings built around its time. The new Brutalist Boston map, published by Blue Crow Media—an independent publisher based in London—is the latest map in the publisher’s series of maps highlighting brutalist architecture around the world.

The map features more than 40 buildings found in and around Boston, including perhaps the city’s most famous building: Boston City Hall by Kallmann, McKinnell and Knowles. Le Corbusier’s only building in North America, the Carpenter Center for the Visual Arts at Harvard University is also featured.

You can purchase a copy of the Brutalist Boston Map here, or in person at the launch at pinkcomma gallery in the South End on Tuesday August 1, 6-9pm. 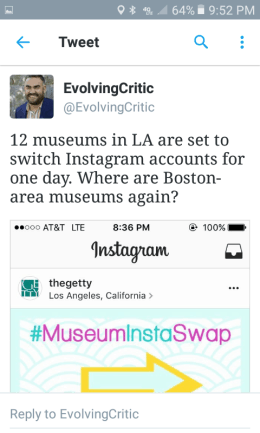 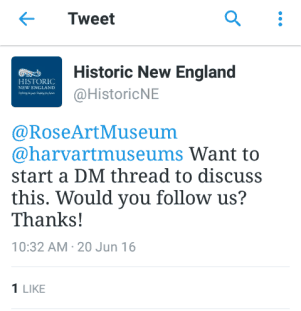 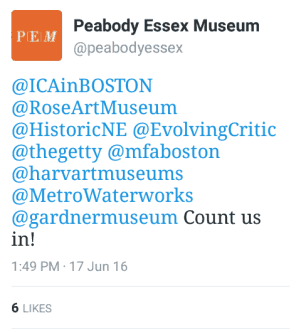 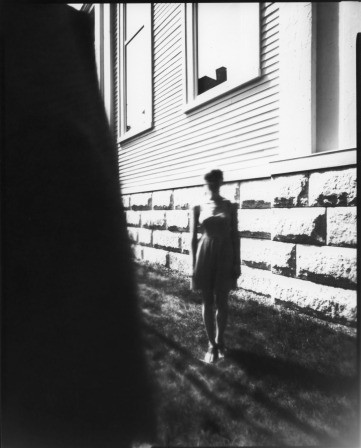 As the saying goes, it’s not the camera you use, it’s what you do with it that matters. At the Somerville Toy Camera Festival, this saying rings true again and again as the artists selected to participate in the exhibition prove that you can still make a good photograph without needing professional equipment.

For those of us who have yet to get on the toy camera train, it all started in the 1960s at the Great Wall Plastic Factory in Hong Kong, China where the famous Diana camera was born. The Diana—an inexpensive, plastic-bodied and plastic lens camera took the United States and England by storm (and also every Somerville Toy Camera Festival it seems). Fully functional cameras with limited controls, toy cameras are infamous for their light leaks and poor quality lenses that produce vignettes and blurring many of us only experience through Instagram filters.

Spread across three galleries in Somerville—The Nave Gallery Annex, Brickbottom Gallery and Washington Street Arts Center—this year’s Somerville Toy Camera Festival has on view more than one hundred images made by eighty-six artists from across the country (including a handful of international artists). Since 2003, the Somerville Toy Camera Festival has proven that our fascination with plastic cameras has never really fallen out of favor—and that’s a good thing, given that much of the work on view is always impressive.

Among the many highlights at the Brickbottom Gallery include Brian Franczyk’s untitled images made with a Vermeer pinhole camera, Sarah Holbrook’s “Ann on the Dock” and Bill Franson’s “Senior Citizens.” Caroline Nicola’s wonderfully evocative portrait of a man in profile, brought to mind the early days of Daguerreotype photography. Julia Curl, Lys Guillorn, Michelle Hogan, Kathleen Donohoe, Atsuko Morita and Lisa Lindamood were some of the ladies whose work stood out.

The fun continues over at the Nave Gallery Annex in Davis Square where among the highlights of the works on view include Christopher Turner’s “Bottled Liquors” made with a Lomography Sprocket Rocket camera, Gregory Russo’s “Stripes” and Michael Weitzman’s “Hey Joe.” Lauren McMahon’s hauntingly beautiful, pinhole camera self-portrait is definitely worthy of your attention.

I can think of only a handful of exhibits in the Boston area that are as exciting and playful as the Somerville Toy Camera Festival. You can catch the exhibits at the Nave Gallery Annex and the Washington Street Arts Center until October 1st and at the Brickbottom Gallery until October 15th

Header Image of a Diana Camera by James Whitesmith on Flickr used under the Creative Commons License.

If you were one of the thousands of people who indulged in Quentin Tarantino’s The Hateful Eight at the Somerville Theatre, you’re in for another treat. The beloved Davis Square institution will host its first-ever festival of 70mm and widescreen 35mm films on September 16th through the 25th

Why is 70mm such a big deal, you ask? The format is twice the size of 35mm film and allows for an image that is higher in resolution with crisper details and much, much brighter colors. It’s extremely expensive to make films in 70mm format and not every theatre in the country is outfitted to play them. The Somerville Theatre just happens to be one of the last remaining theaters in the country where 70mm film rules.

Among the films to be screened in 70mm include Lawrence of Arabia, the 1982 film Tron, Christopher Nolan’s Interstellar as well as the 1968 stunner, 2001: A Space Odyssey. Some of the 35mm widescreen films on the list include The Ten Commandments and Ben-Hur. The festival is packed with gems that ought to be seen in their original 70mm release format, but if you only have time to see one film, make it Walt Disney’s 1959 animated classic Sleeping Beauty—this is one of the rarest opportunities you’ll get to see this film in at its colorful glory.

For more information or a complete listing of films, visit somervilletheatre.com