As you may have recalled from my previous post on my summer architecture-peeping trip celebrating the 150th birthday of Frank Lloyd Wright, the first stop on this multi-city adventure was Chicago. Renown for its excellent architecture, public art and museums, Chicago not only witnessed the development of the skyscraper as a work of art, but also the birth of the Prairie Style—what is now referred to as the first American style of architecture. In preparation for my trip, I purchased tickets to tour Frank Lloyd Wright’s Frederick C. Robie House, Unity Temple as well as Frank Lloyd Wright’s Home and Studio, well in advance and brushed up on my FLW reading in the days prior to the trip.

Before immersing myself in Wright’s architecture in Oak Park and River Forest, I ventured to the Hyde Park neighborhood of Chicago—more specifically, the South Side and the campus of the University of Chicago to visit the Frederick C. Robie House.

Considered the masterpiece of the Prairie Style, the Robie House epitomizes the perfect marriage of site and structure. Here, as well as in much of Wright’s work, the architecture and the landscape are in a harmonious relationship with one another. With a strong emphasis on horizontality, flat roof with massive overhanging eaves, long stretches of art glass windows and exquisite use of materials throughout the interior and exterior, the Robie House best expresses the ideas Wright would later exploit at Falling Water in Mill Run, Pennsylvania.

The furniture, lighting fixtures and carpets at the Robie House were all designed by Wright. However, much of the original furniture that once belonged to the Robies, is now part of the collection of the Smart Museum of Art at the University of Chicago—just a short ten-minute walk from the Robie House and well worth a visit.

My next two days in Chicago were spent exploring the suburbs of Oak Park and River Forest, two places known for having the largest collection of Frank Lloyd Wright buildings anywhere in the country.

Located just nine miles west of downtown Chicago, the village of Oak Park is the perfect destination to see twenty-seven buildings designed by Frank Lloyd Wright, including Unity Temple and the architect’s Home and Studio which serves as the point of departure for all of Wright’s work in Oak Park.

My first stop in Oak Park was Unity Temple—a Unitarian Universalist church designed and completed between 1905-1908. Widely considered the first work of modern architecture, Unity Temple recently opened to the public after a multi-year, multi-million dollar restoration. Unity Temple is the embodiment of the spiritual, a building so stunning it’s difficult not to be moved by its beauty and grace—whether you’re a religious person or not.

On my way to the Frank Lloyd Wright Home and Studio, I stopped by the Oak Park Visitor Center to pick up an architectural guide to Oak Park and River Forest. The map highlights all of Wright’s buildings in these two villages, as well as other works by notable architects including a handful of Prairie School architects whose work may even fool the most knowledgeable of Frank Lloyd Wright’s architecture. It’s definitely worth the $4 it costs, but if you are looking for something more substantial and detailed, I highly recommend William Allin Storrer’s The Architecture of Frank Lloyd Wright: A Complete Catalog. 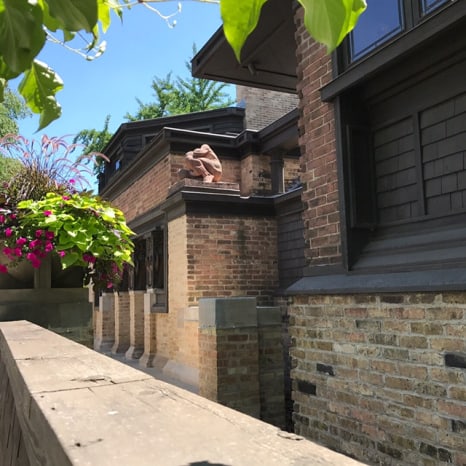 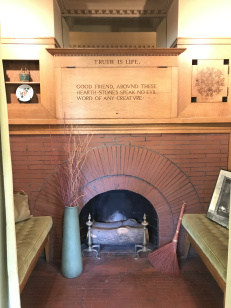 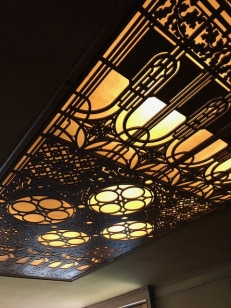 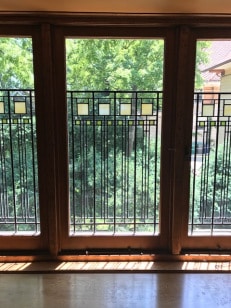 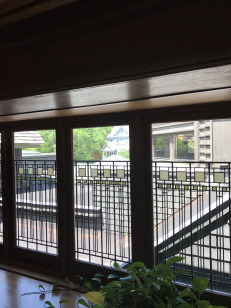 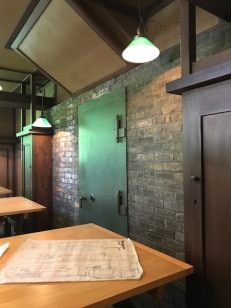 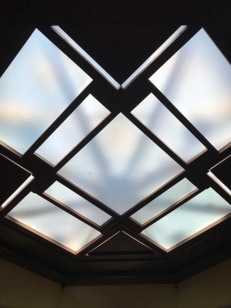 The following are the rest of the houses by Frank Lloyd I saw in Oak Park. 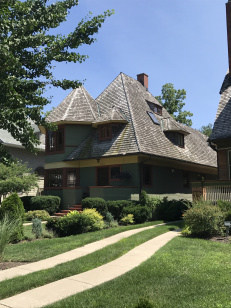 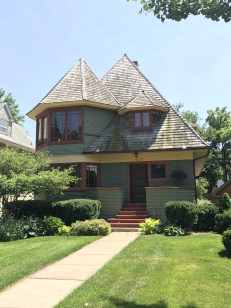 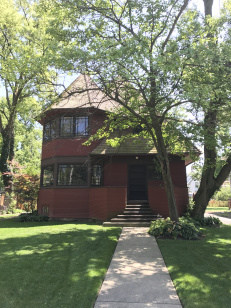 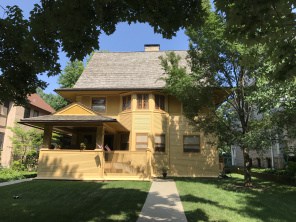 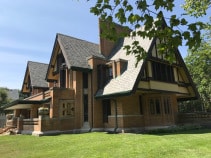 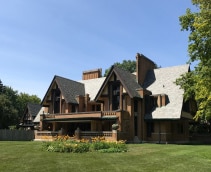 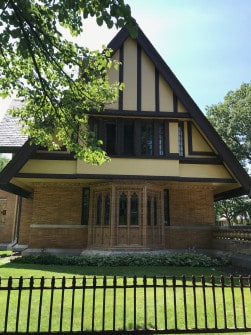 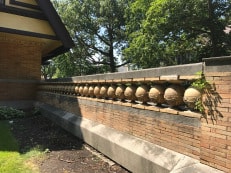 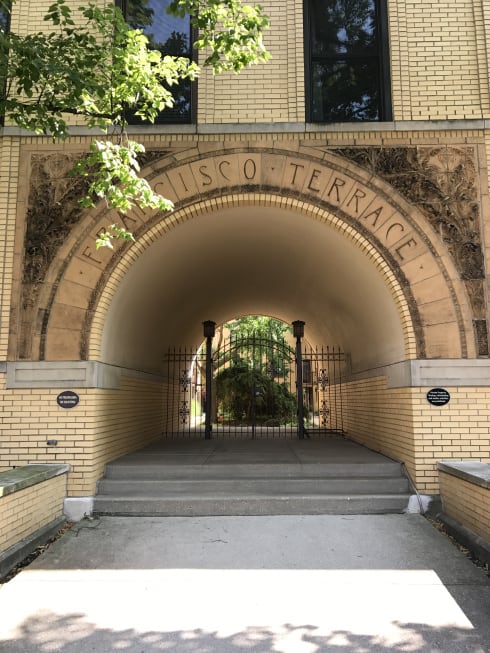 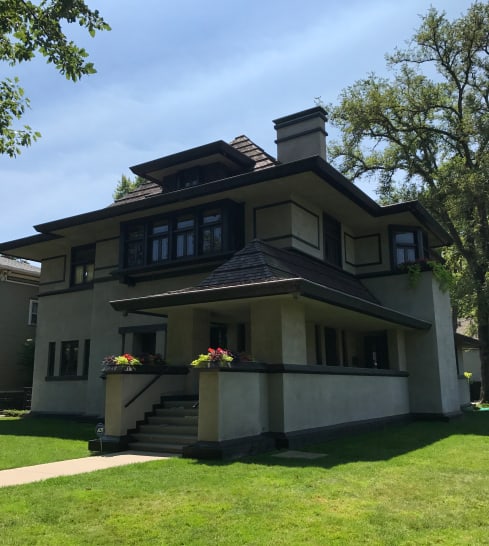 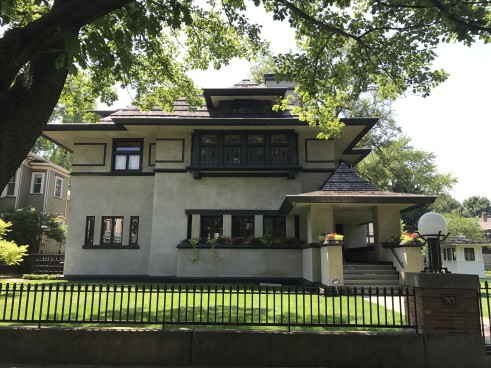 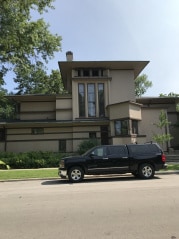 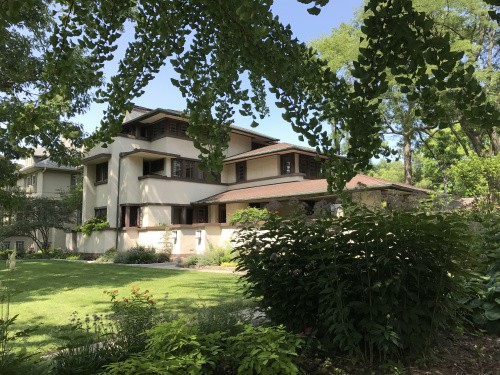 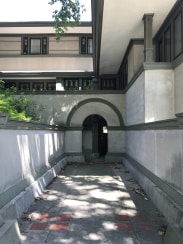 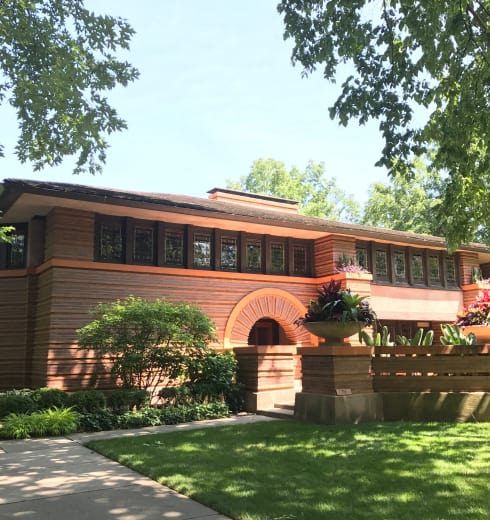 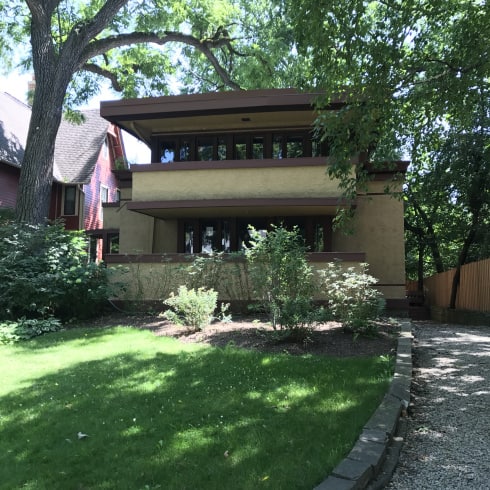 On my next post, I’ll highlight the work of Frank Lloyd Wright in River Forest before wrapping up my recap with a final post on Wright’s work in Buffalo. Stay tuned!