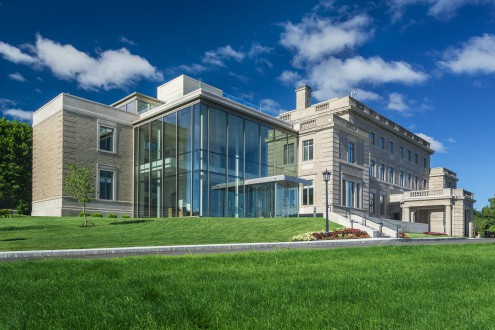 This September, after roughly two years of renovation and construction, Boston gears up to celebrate the grand reopening of the McMullen Museum of Art on the Boston College campus in Brighton.

Now housed in a newly renovated and expanded Renaissance Revival style building designed in 1927 by Maginnis and Walsh, the new McMullen Museum of Art will include 30,000 gross-square feet of exhibition space—that’s three times more the space it used to have in its former location also on campus.

Formerly located in a congested corner of Devlin Hall—one of the four original Gothic Revival buildings designed by Maginnis and Walsh on the college’s campus—the McMullen will feature two main galleries on the second floor, a sculpture gallery as well as a smaller gallery on the third. The renovations also include a large rooftop terrace. 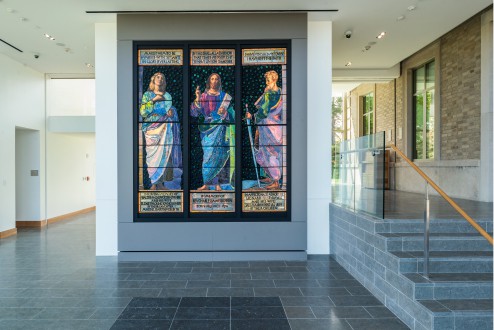 Opened in 1995 as a teaching museum, the McMullen Museum has organized many critically acclaimed exhibits, including an excellent retrospective on Wilfredo Lam as well as exhibits on Paul Klee, Roberto Matta, Edvard Munch, Sarah Westlake and Jackson Pollock among others. Its most recent tour de force, John La Farge and the Recovery of the Sacred, brought together more than 85 works consisting of paintings, stained glass windows, and works on paper that shed new light one of the most innovative American artists of the 19th century.

La Farge’s astonishing stained glass tryptic of Christ preaching, St. John the Evangelist, and St. Paul, a recent gift to the University from the Vareika Family, will be one of the crowning jewels on view in this newly renovated and expanded building by DiMella Shaffer.

And as if a “new” museum in a new location wasn’t exciting enough, the McMullen Museum of Art has partnered with Harvard University’s Houghton Library and the Isabella Stewart Gardner Museum for its inaugural exhibit, Beyond Words: Illuminated Manuscripts in Boston Collections. The exhibit, which is being billed as “one of the most important ensembles of illuminated manuscripts anywhere in North America,” will feature different explorations surrounding the creation and study of illuminated manuscripts. It will be on view concurrently at these indtitutions beginning on September 12 until December 11, 2016.

The museum, which has always been free to the public, will also expand its opening hours and relaunch a newly revamped docent program.

So much to look forward to this Fall at Boston College.