As I wrote last week, Common Boston held its first “open house” festival in Boston this past weekend and I had to take part in it. The format for this year’s festival was different than anything the organization had ever done before and while I had seen all but three of the buildings on this year’s list, I still opted to explore buildings and the landscapes I was already familiar with. I wanted a fresh take on the landscapes that have come to define the cities of Boston and Brookline, especially those landscapes designed by Frederick Law Olmsted and his firm.

From Dorchester where I live—just two blocks away from Olmsted’s crowning jewel in Boston, Franklin Park—I boarded two buses and a Green Line trolley and walked up a hill in a neighborhood of Brookline once part of Boston. Walking up Cypress Street and Warren Street in the Green Hill section of Brookline, I was reminded of how important the elements of anticipation and surprise are in the landscapes designed by the Olmsted firm. While those streets mentioned above with their Colonial Revival, Shingle Style and Arts and Crafts houses were not designed by the Olmsted firm, their picturesque vistas definitely contribute to the anticipation and eventually, the grand reveal of Fairsted, the Frederick Law Olmsted National Historic Site.

The last time I visited Fairsted was in 2009 and the landscape and the 1810 farmhouse were undergoing an extensive restoration. I didn’t get to see as much as I would have liked, since my visit was part of a class I was taking at that time at Boston University. As of 2014, the home and studio of one of the country’s most influential landscape designers is once again open to the public with guided and self-guided tours that offer a fresh perspective on the work of Frederick Law Olmsted.

Rather than take a left on Walnut Street as my Google Maps app instructed me to, I took a right to see the Principal Gatehouse—a two-story Renaissance Revival structure flanking the northern-most point of the Brookline Reservoir. The reservoir was constructed in 1848 by the City of Boston as part of its public water supply and the structure has been listed on the National Register of Historic Places. Its stonework—according to the nomination report for designation as National Historic Landmark—recalls the work executed under architects Solomon Willard, Alexander Parris and Gridley J. F. Bryant. 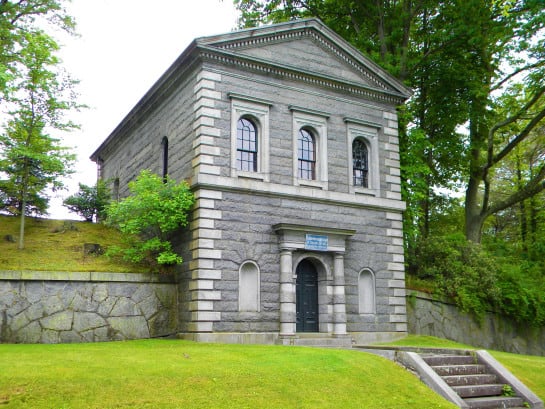 Principal Gatehouse in Brookline, MA. Photo by the author.

After spending a few minutes looking at the Principal Gatehouse, I headed back up Warren Street on my way to the Olmsted National Historic Site. After a ten-minute walk and after much anticipation, I came upon Fairsted. Frederick Law Olmsted, Sr. purchased the 1810 farmhouse in 1883 and moved from New York City to Brookline, at the recommendation of his friend and frequent collaborator Henry Hobson Richardson—the famed architect behind Trinity Church in the City of Boston. A rustic arch welcomes visitors to Fairsted and hints at what lies ahead, by framing not the house and studio, but a turn-around for carriages. This leads to not only the house, but to one of the more prominent features of the landscape: the rustic scenery that extends as far as the eye can see. Depending on the direction one takes, either the house is revealed first, or the Hollow (more on this in a bit), the Rock Garden or the South Lawn. 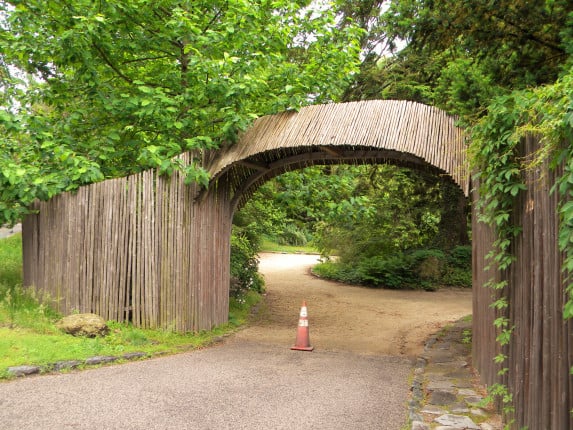 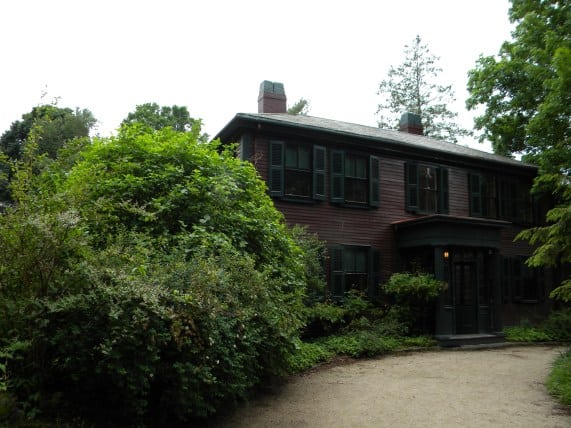 If one bears right after passing through the rustic arch and walks down the steps on the far right, one enters a part of the landscape known as The Hollow—a sunken corner that is “a miniature version of the lyrical and naturalistic ‘secret gardens’ Olmsted used in his designs for larger parks.” 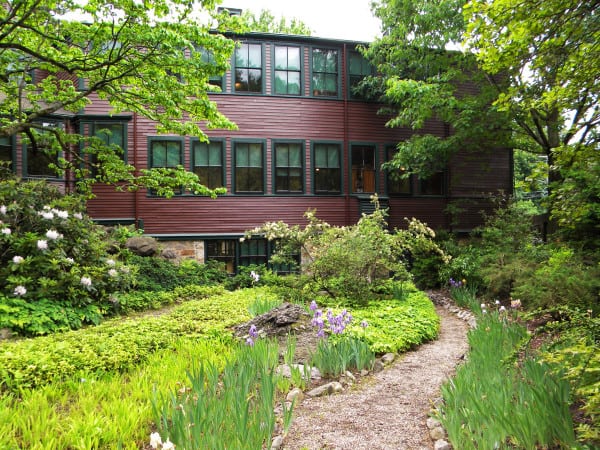 Other parts of the landscape at Fairsted include a Rock Garden located in a shady, secluded woodland and the South Lawn, a broad meadow that was once an apple orchard when Olmsted purchased the property. On that same section of the landscape was a barn, which was moved in order to reshape, grade and replant the space to how we experience it today. 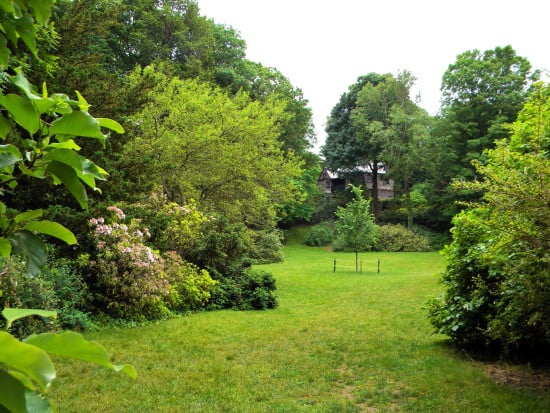 The South Lawn. Photo by the author. 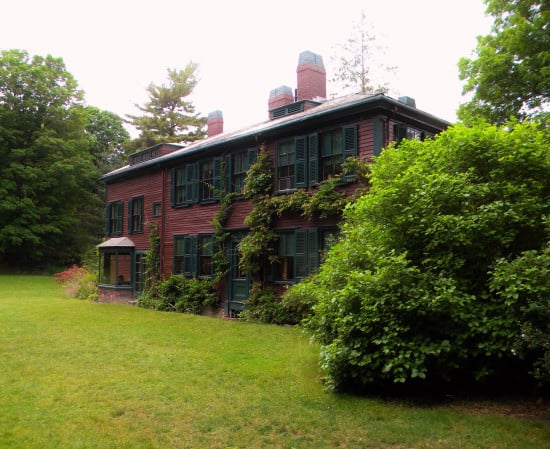 The South Lawn. Photo by the author.

As a #HistoricHouseCrush fanatic, the wallpaper caught my eye:

After the Olmsted National Historic Site, I meandered down Warren Street and to the Back Bay Fens, specifically, the Fenway Victory Gardens.

The Fenway Victory Gardens are one of my favorite spots in Boston to walk around and admire the many plants and flowers grown by almost 500 community gardeners that have a plot here. Part of Olmsted’s Emerald Necklace, this landscape features several structures of historic and architectural significance like the Boylston Street Bridge by Henry Hobson Richardson as well as a nearby pump house also designed by Richardson. The pump house has been rehabilitated and is now the visitor center for the Emerald Necklace Conservancy. 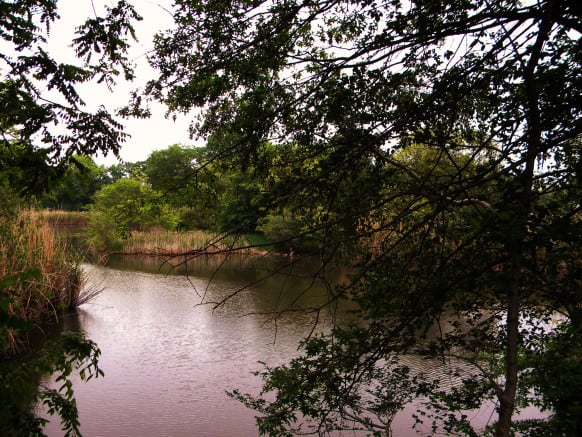 The Emerald Necklace, overlooking the Muddy River. Photo by the author. 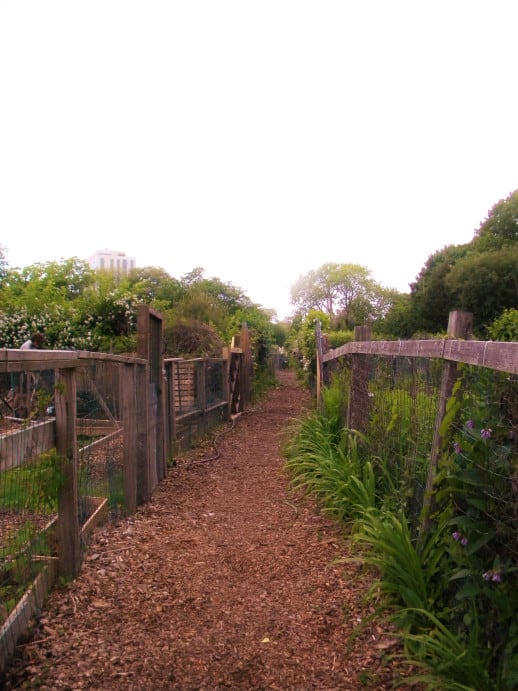 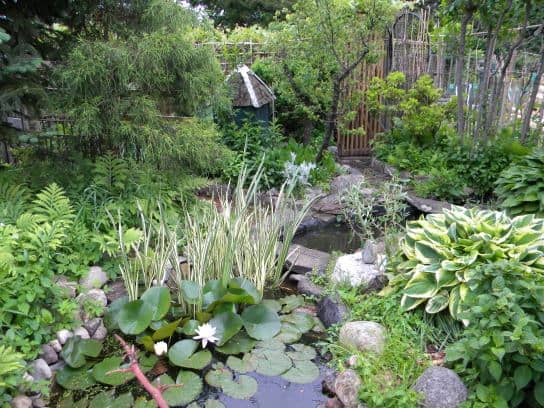 Finally, after talking to some gardeners and admiring the many plants in bloom, I continued down on Boylston Street and stopped at the Boston Architectural College—one of my favorite Heroic buildings in the city. The College’s main building was completed in 1964 and designed by Ashley, Myer & Associates and even on a rainy day, it is nothing short of stunning. The design competition for both the Boston Architectural College and Boston City Hall were subjects of a terrific exhibition on view in the same building this past Spring. 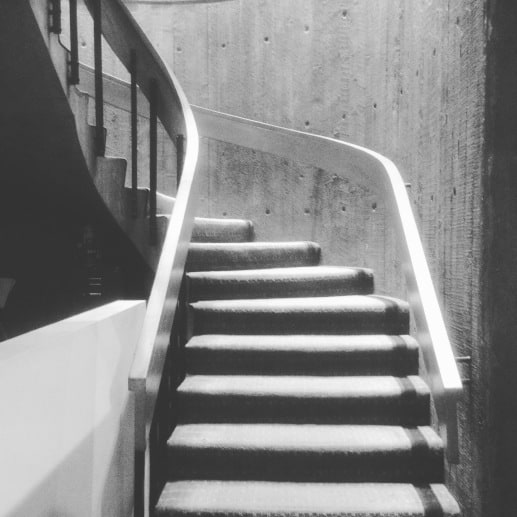