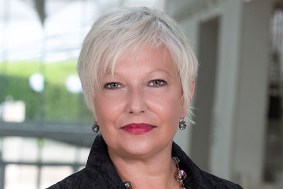 Martha Tedeschi, Image Courtesy of the Art Institute of Chicago.

Harvard University announced on Wednesday March 9, that Martha Tedeschi has been named the Elizabeth and John Moors Cabot Director of the Harvard Art Museums, effective July 2016. Tedeschi is currently the deputy director for art and research at the Art Institute of Chicago. Tedeschi replaces Thomas W. Lentz, who left his  director post in July 2015.

Tedeschi joins an expanding (hopefully this is just the beginning) list of female museum directors across New England which include Jill Medvedow of the Institute of Contemporary Art/Boston who was appointed director in 1998, Peggy Fogelman of the Isabella Stewart Gardner Museum who assumed her directorship in January 2016 and Susan Strickler of the Currier Museum of Art in Manchester, NH who is retiring from the museum in June 2016 and who has been the museum’s longest serving director.