Currently on view at the museum is Native Fashion Now, a survey of contemporary Native American fashion spanning the last 60 years. Billed as the first large-scale exhibit of its kind, I had been looking forward to Native Fashion Now since December 2011 when Curator of Native American Art and Culture, Karen Kramer first hinted at it during the press preview for her excellent exhibit Shapeshifting

There were many statement pieces in the exhibit such as Isaac Mizrahi’s iconic “Totem Pole Dress” and David Gaussoin and Wayne Nez Gaussoin’s “Postmodern Boa,” but it was the shoes that made a lasting impression on me (of course, being me, it had to be the shoes!). Among the shoes in the exhibit, Jamie Okuma’s boots by Christian Louboutin are the most exquisite for their color combination and delicate craftsmanship. Hand-stitched by Okuma herself with antique 1880s glass beads creating a bold design inspired by motifs common to Western tribal communities. Nicholas Galanin’s hand-made shoes of leather and engraved with copper armor detail on the quarter of the shoe are another standout in the exhibit, along with Louie Gong’s Converse “Spirit Wolf” Chuck Taylors. 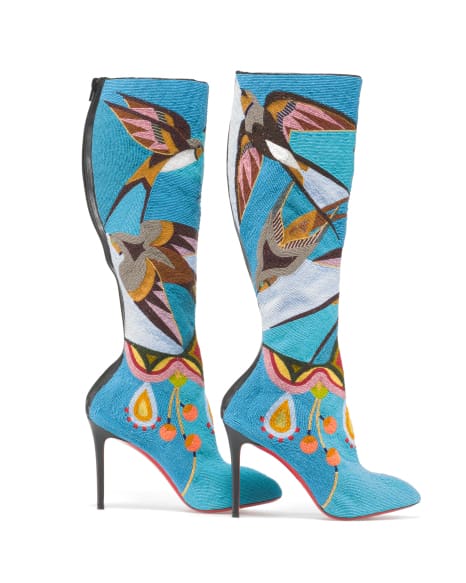 The exhibit does not disappoint and surprised me in ways unexpected. I think the biggest surprise for me was the entrance to the exhibit gallery, which really sets the tone for the rest of the show. With the unconventional designs of Patricia Michaels, Project Runway’s Season 11 runner-up, the moment one walks into this first gallery is the moment our preconceived notions of what Native American fashion is are shattered.

Native Fashion Now is on view at the Peabody Essex Museum in Salem, MA until March 6, 2016. It will then travel to the Portland Museum of Art in Portland, OR, the Philbrook Museum of Art in Tulsa, OK and finally, the National Museum of the American Indian in New York City, so if you’re traveling to any of these cities, you’ll have to catch the show there, that’s if you’re unable to see it at the Peabody Essex Museum. 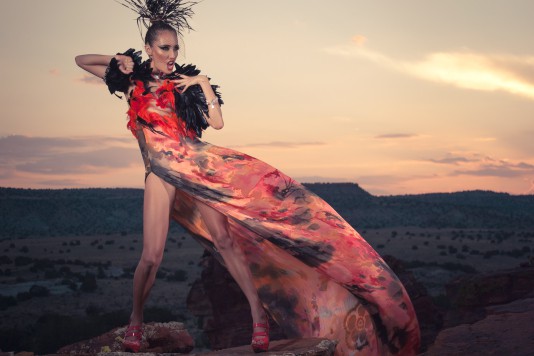