The Stone Gallery at Boston University is quickly becoming one of my favorite college art galleries in the Boston-area. In the last ten years, gallery curators have organized an impressive list of exhibits on printmaking—from the 2008 Chikanobu: Modernity and Nostalgia in Japanese Prints to the excellent retrospective on the prints of Joan Snyder in 2011, I find myself returning to the BU campus exhibit after exhibit. Currently on view at the Stone Gallery is another retrospective commemorating thirty years of artistic production at Wingate Studio in Hinsdale, New Hampshire. Founded in 1985 by master printer Peter Pettengill after briefly having worked and trained at the world renowned Crown Point Press in San Francisco, Wingate Studio specializes in intaglio etching. Like Crown Point Press and many other presses of its caliber, Wingate Studio works in collaboration with contemporary artists to produce hand-printed, limited edition works of art that have become part of many prestigious public and private art collections throughout the country.

With more than fifty prints on exhibit, Printer’s Proof: Thirty Years at WingateStudio gathers an absorbing group of prints by both established and emerging artists such as Robert Motherwell, Sol Lewitt, Louise Bourgeois, Walton Ford, Tadaaki Kuwayama, Ahmed Alsoudani and Meghan Brady among others. Curated by Lynne Cooney and Josh Buckno, the exhibit nods at Boston’s deeply rooted history in printmaking. The work of current and former Boston University professors Gideon Bok and Richard Ryan are exhibited alongside alumni Matt Phillips and Meghan Brady among others. Not only that, because printmaking has always been considered a “man’s job,” Cooney and Buckno superbly highlight the work of many female artists currently living and working in New England, including but not limited to, Laylah Ali, Barbara Takenaga, Karen Gelardi, and Xylor Jane. 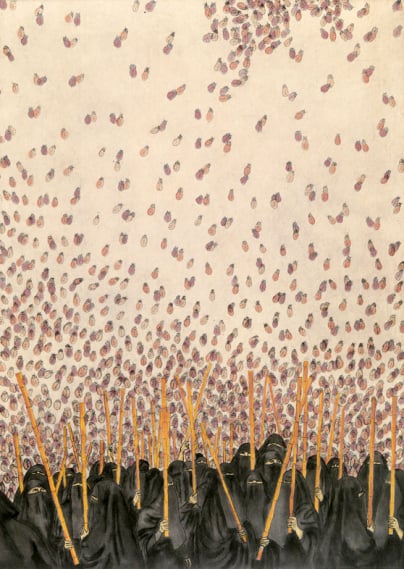 Among the many highlights for me included the work of Ambreen Butt, Karen Gelardi, Meghan Brady and Sebastian Black. I was immediately attracted to Butt’s incredibly labor-intensive work years ago at an exhibit of her work at Carroll and Sons Gallery in Boston’s South End.  In this retrospective of the work of Wingate Studio, Butt presents a suite of etchings, Daughters of the East, that form part of a larger body of work titled Dirty Pretty. Ambreen Butt trained in Pakistan in traditional Indian and Persian miniature painting (also holds an MFA from MassArt) and borrows from this painting tradition to create work that explore the feminist, cultural and political issues of her time. The prints, five in total, respond to the 2007 political unrest between students and government forces that culminated in the deaths and injuries of many students in Islamabad, Pakistan. Similar to miniature paintings with their incredible attention to detail, epic subject matter and often opaque jewel color tones, Butt’s etchings create a space for the viewer to get lost in for hours—pondering the power and symbolism in her imagery, which she often juxtaposes with tiny pretty flowers and geometric ornamentation. 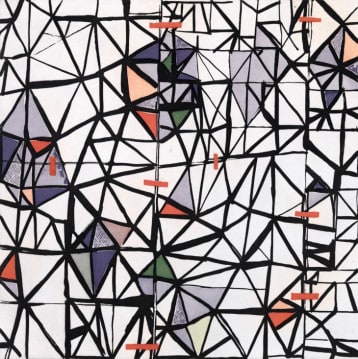 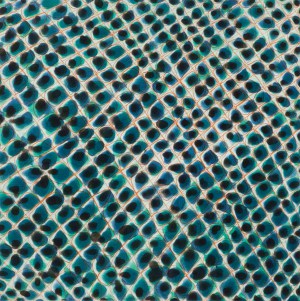 Rhode Island School of Design graduate Karen Gelardi and Boston University MFA graduate Meghan Brady both worked on Constructions, a body of work that resulted in two separate etchings at Wingate Studio following their two-person show in New York City in 2010. Gelardi—who is interested in the resiliency of nature and industry as well as the versatility of textiles, often incorporates materials such as fabric, ink and papier mache into her works. Brady, like Gelardi, is also interested in the nuances of the vernacular and industrial worlds, however, the etching on view in Printer’s Proof is not part of their collaboration at Wingate Studio. While Brady’s print in this exhibit is a departure from the artist’s interest in geometric abstraction with the incorporation of oblong, curvilinear lines, both Gelardi and Brady demonstrate an attention to the bold patterns that recalls some textiles and quilts. 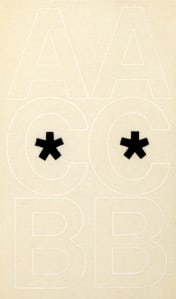 One of the more conceptual younger artists in the exhibit is Sebastian Black. Working with everyday objects in his practice and weaving in and out of painting, sculpture and installation, Black created Period Piece Peepers (**) at Wingate Studio. A color etching and aquatint, Black used vinyl letterset sheets and a blade to cut incisions set in Helvetica to mimic those seen on actual vinyl sheets. For me, Black’s print was among the most delightfully surprising works in the exhibit and made me wish I had seen more of his works in other places prior to seeing this print in Printer’s Proof.

Black Mountain College has been on everyone’s radar lately, all thanks to the Institute of Contemporary Art’s groundbreaking, exhilarating and super nerdy exhibit Leap Before You Look: Black Mountain College 1933-1957. This wasn’t the first time that John Cage made a print, in fact, Cage made a series of prints every year at Crown Point Press prior to his collaboration in 1986 with Wingate Studio. In the print shown in this exhibit, we learn of Cage’s practice of burning clumps of paper on the press, then covering the fire with dampened paper when the smoke accumulated. This print is definitely not to be missed.