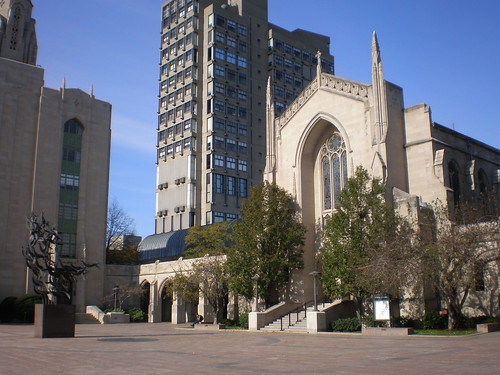 No, I am not speaking for myself, or the fine university I attend here in Boston, but for the thousands of high school students in Massachusetts and elsewhere in the country whose historic, architecturally significant schools are being torn down and replaced with cookie cutter, strip mall like architecture constructed of cheap materials. One of my favorite things as a student has always been going on class fieldtrips. Visiting sites like Plimoth Plantation, Old Sturbridge Village and the Gilded Age mansions of Newport, Rhode Island sparked an early age interest in architectural history and preservation. I was fortunate to attend a beautiful historic school in Boston which has been adapted to meet the educational needs of the 21st century, in turn serving as a model for other historic schools across the state.

As a professional working in preservation, the demolition of historic schools has posed a tremendous challenge for communities and tax payers all over the country. In Massachusetts, Tim Cahill, the State Treasurer and Chairman of the Massachusetts School Building Authority (MSBA) has been imposing upon every tax payer one of the most ludicrous ideas in the state’s fiscal history. Towns like Wellesley and Norwood have all jumped on Cahill’s bandwagon and voted to demolish their historic schools and construct new ones based on the Model School Plan.

Mr. Cahill has made it his lifelong goal to “save” communities money by demolishing their historic schools. Of course, in the long run the costs of maintaining these schools will outweigh the benefits to communities further burdening the tax payer. According to the MSBA, the Model School Plan “effectively adapt[s] and re-use[s] the designs of successful, recently constructed high schools and incorporate[s] sustainable, “green” design elements when possible and will be flexible in educational programming spaces while encouraging community use.” Educational theories constantly change and what were once groundbreaking theories in one generation may be obsolete for the next. But really, is there a need to demolish a school simply because it may programmatically interfere with the needs of students in the 21st century?

Norwood High School, TO BE DEMOLISHED upon completion of the new high school

The Model School Plan has many faults, one of them is that it ignores the possibility of either finding a re-use for the historic school or incorporating new technology to improve the quality of education. Most likely, Mr. Cahill has never heard of the phrase “the greenest building is the one that is already built” coined by Carl Elefante of Quinn Evans Architects and Director of Sustainable Design and a Principal in the Washington, DC office. Preservationists, architects and those concerned with sustainability and architecture live and practice by this mantra and if Mr. Cahill has heard it before. Demolishing a “historic” school or an architecturally significant building to build a “green” one, is not being sustainable.

Auburn High School, DEMOLISHED 2006. I’m sorry, not only was the High School demolished, but any images of it have also seem to disappeared as well!

The success of the new Model School design is also debatable. While schools continue to fall one after the other, like a domino sculpture, studies on the effectiveness of the Model School Plan have yet to surface. Towns have been blindfolded and have voted to adopt Cahill’s absurd ideas without really knowing what they are getting themselves into. Do people really think that demolishing a building is done at no costs to the town, state, country or environment? Adopting the Model School Plan only spells many future problems for our towns and cities, not to mention the deep holes in our tax payer’s pockets.

The schools that have already been built in Massachusetts under the Model School Plan are NOT good models for other schools to follow. These schools are as architecturally uninspiring as a course in economics was to me back in college. The new buildings look like a CVS, Stop and Shop, Wal-Mart or a Target in contrast to the masterpieces that have been demolished or will be demolished in their place. 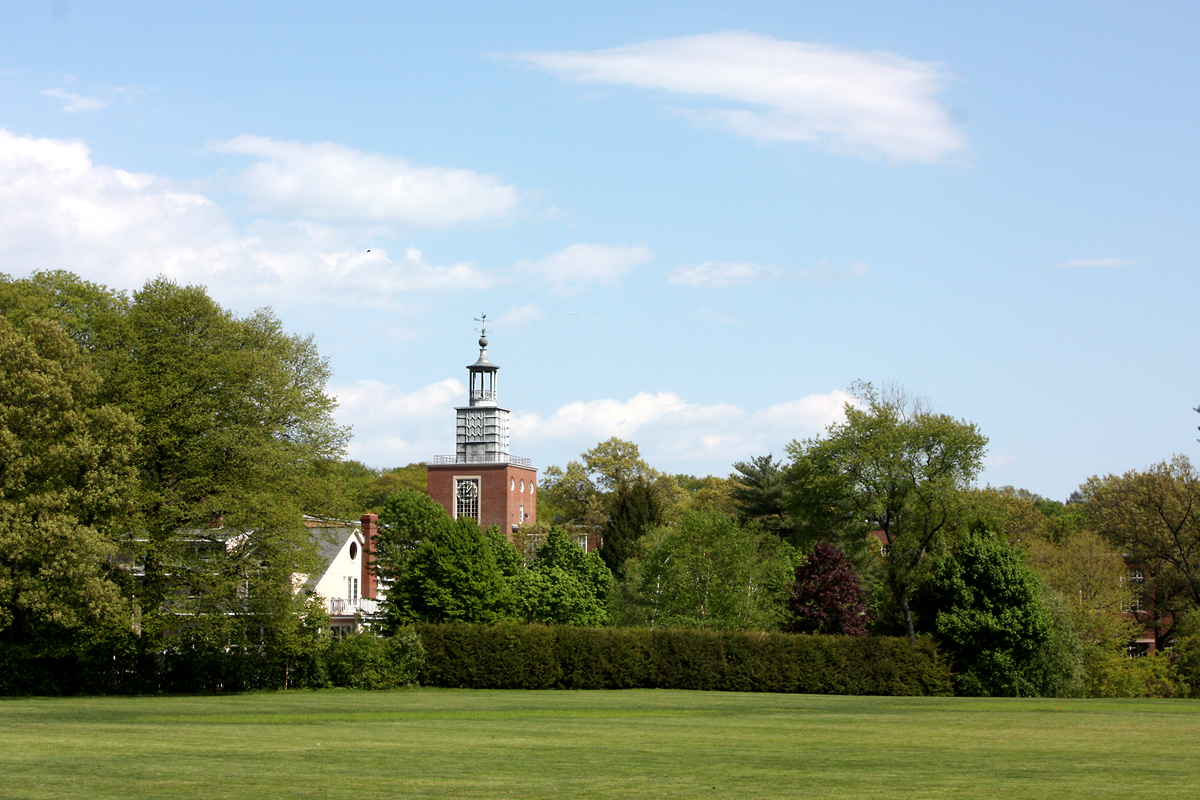 Shame on Wellesley for voting to demolish their International Style high school designed in 1938 by the internationally acclaimed firm of Perry Dean Shaw and Hepburn and shame on Norwood for voting to demolish their strikingly beautiful Colonial Revival school designed by the town’s leading architect. Massachusetts has already lost several architecturally significant schools including Auburn High School, but can we afford to lose one more? 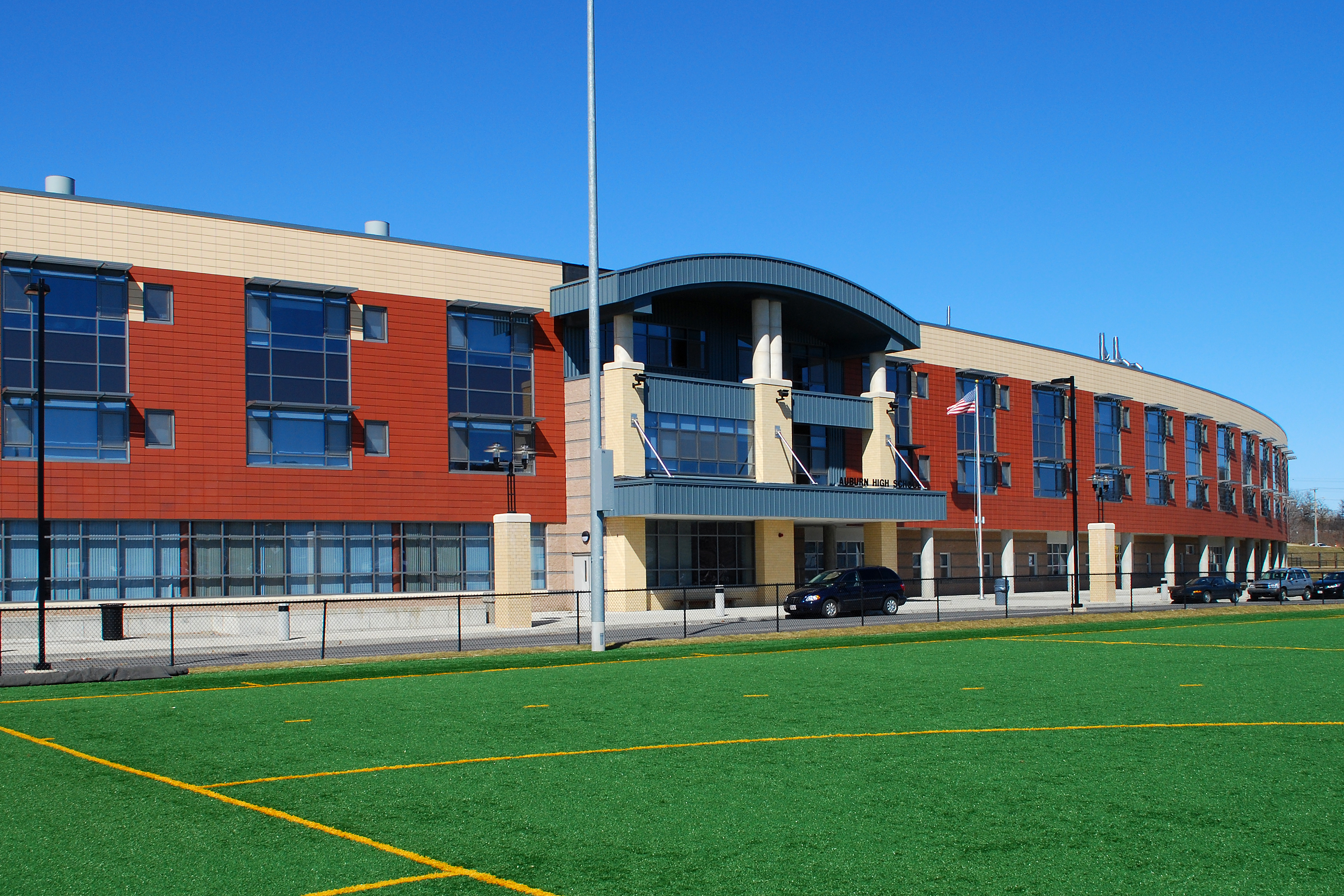 The New Auburn High School, Uninspiring at its best!

Recently, the Boston Herald published a list of the top ten best new buildings of the decade in the city. These buildings break away from the typical brick and brownstone architecture that canvas most of Boston. Architecturally speaking, Boston has yet to distance itself from the puritanical and conservative ideals deeply rooted in its history. Looking at the past for architectural inspiration has allowed Boston to achieve limited freedom in creativity.  The buildings on the list have been praised for pushing Boston out of its conservative architectural envelope and redefined

the world class city that it is!

Boston has never been able to get out of the shadows of New York City and the list proves that the rivalry between these two world class cities is alive and stronger than ever. It is not a secret how much Yankee fans and Red Sox fans love each other. They can barely wait for baseball season to begin to call each other names and brag about which team has won the most World Series. Wait, what am I talking about?! These fans will harrass each other regardless whether is baseball season or not. If you ask me to chose a team, I prefer the Red Sox, but if you ask my brother, he prefers the Yankees! One can never win. This love hate relationship between these two cities is captured in the list of the top ten best new buildings in Boston. By my count, Boston wins with 5 Boston/Cambridge architectural firms making a name for themselves, while placing the city at the forefront of the architecture world. Office dA, one of my favorite Boston firms makes the list with the Macallen Building in South Boston. Considered one of the first LEED-certified, environmentally conscious multi-housing buildings in the state of Massachusetts, the Macallen Building stands out for all the right reasons and the city is a much better place because of it.  The building was recently honored by the American Society of Landscape Architects with a 2009 Professional Design Award. The partners at Office dA, Monica Ponce de Leon and Nader Tehrani proved that Boston possesses the talent and genius to award architectural commissions to local firms, instead of inviting architects from Los Angeles, New York City or from abroad to leave their imprint on the city.

Among the New York City firms on the  Herald’s list include Rafael Viñoly for his design of the Boston Convention and Visitor Center in South Boston, Diller Scofidio + Renfro for the boxy Institute of Contemporary Art also in South Boston and Polshek Partnership for the WGBH Building in Brighton. And yes, I do prefer the Boston architects over New York because they are excellent examples of what our local talent is capable of producing, but the New York architects (and I hate to say this), placed Boston on the international map this past decade with buildings like the Institute of Contemporary Art and the Boston Convention and Visitor Center.

Although New York pushed the architectural envelope in Boston, the building that always captivates me is the Massachusetts Institute of Technology’s Stata Center by the Los Angeles architect Frank Gehry. To borrow a word used recently by the Chicago Sun Times film critic Roger Ebert in his critique of Broken Embraces by Pedro Almodovar,  Gehry’s 2004 Stata Center is a “voluptuary” of a building. Its textures, materials, colors, and soft sexy curves punctuated by geometric shapes and hard edges are a reflection of yours truly. No, not in the soft sexy curves (in case you wanted to know), but in the multitude of colors and textures that make up my daily wardrobe! The Stata Center is a building that keeps me engage, it makes me feel like a kid in a candy store, excited and hyper, waiting to indulge my senses in all the sugar. It makes me want to hug every one of its shiny surfaces and scream to the world the audacious and bold step Boston has taken forward with this building.

In all fairness, New York architects have been dramatically influencing the architectural fabric of Boston for decades. The prestigious firm of Carrere and Hastings, McKim, Mead and White and even H.H. Richardson have all left their mark in Boston, designing buildings like the Boston Public Library and Trinity Church, which have served as sources for countless other buildings around the country. The New York architectural firms who left their mark in Boston this past decade have broken the barriers of creativity in Boston!

As groundbreaking as any of these buildings were during the last decade, there were two other notable buildings that did not make the list, but which deserved to be mentioned in this post. So here I go, take note.

Simmons Hall at MIT by Steven Holl, one of my favorite New York firms, stands out for being a building that belongs in New York or Los Angeles and

not in Boston.  It breaks away from the puritanical and conservative ideals associated with Boston architecture, adding a funky, cool sophisticated feeling to the fabric of Massachusetts.

The other building that deserved to be listed is the Allston Branch of the Boston Public Library, designed by the Boston architects of Machado and Silvetti. Distancing themselves from the brick so typical of Boston architecture, Machado and Silvetti incorporate slate sculpings and slate shingles with glass and various other rich textures creating a visually enticing building in one of Boston’s most culturally diverse neighborhoods.

To see other buildings on the list, click on the link above and let me know which ones you think deserved to be listed and which ones were omitted!